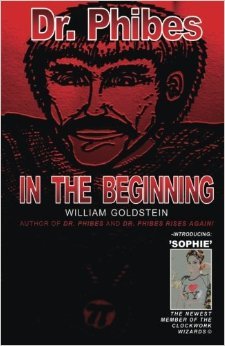 DR. PHIBES IN THE BEGINNING

Phibes wanted Victoria back. His quest (to revivify her) would test his endurance, of that he was certain. No one has ever come back from the dead. Crossing the River, Styx is life's last and final journey. Or not. The crash should've killed him - but didn't. And after two years of surgeries and rehab, he left the hospital, left it with that same steely determination that propelled his Hispano Suiza down that Alpine two-lane. He would reclaim his wife. And in doing so, he would defy and conquer death.